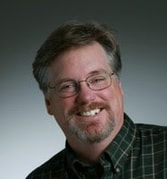 Mr. Matthew Bridges has been teaching orchestra for 20 years.  While the majority of that time has been here in Grandville, he has also taught in the Holland Public School District, South Haven Public Schools as well as 1 year in the Houston Texas Area.

A graduate of The University of Michigan, Mr. Bridges has worked as an adjudicator around the state of Michigan, and as a clinician as well. 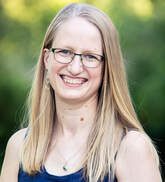 Mrs. Sara Good has been with the Grandville Orchestras since 2004. She is a summa cum laude graduate of Hope College. While at Hope, she was the concertmaster of the college's Orchestra and Symphonette and was the featured soloist for a performance of Rimsky-Korsakov's Scheherazade. Mrs. Good was also a three-time concerto competition winner, earning top honors for performances on piano and organ and honorable mention for violin. Mrs. Good earned her master’s degree in music education at VanderCook College of Music in Chicago, IL, graduating in 2010. She was named the MSBOA District 10 Orchestra Teacher of the Year in both 2011 and 2017. Mrs. Good is the associate concertmaster of the Holland Symphony and an assistant organist at LaGrave Ave. Christian Reformed Church. When she is not at school, you'll find her at home with her husband (also a music teacher), their two daughters, and their neurotic-but-lovable miniature Australian shepherd, Fiona.